Is There A God?
Biblical Evidence 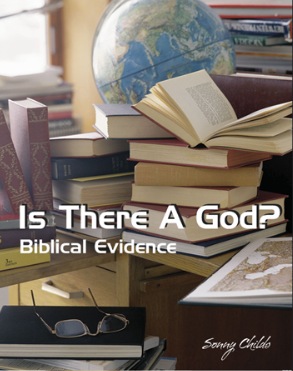 Every month, this ministry sends out dozens of free study guides to young people who are part of our "Keep the Faith!" Pen Pal Project. Below is a sample lesson from one of those study guides. After reading it, we pray that you will see the importance of this work and encourage your child or grandchild to sign up for these free mailings.

Can you tell the future? No, of course you can't. But don't you wish you could? Imagine all the wonderful things you could do with the power to predict the future. You wouldn't have to study for any more exams because you would already know the questions before the teacher put them on the test. Dating would be much simpler. No more worrying about who to ask out or whether they will say yes or no. Just look into the future and there's the answer. I think all of us would agree that anyone possessing the power to predict the future would have to be a very special person - perhaps even super-human or a god. If I could prove to you that the Bible has the power to predict future events, would you then be convinced that its author could only be God, the Creator of all things?

Did you know that the Bible was written over a period of about 1600 years by some 40 different men who spoke at least 3 different languages? If for no other reasons than these, you have to admit that the Bible is an amazing book.  Despite the enormous odds against it, the Bible's harmony and accuracy have never been matched. Even many atheists will admit that the harmony of the Bible goes against the odds. Conclusion: Perhaps the best proof of God's existence comes from the very book which He inspired.

Both Zechariah and Isaiah lived over 500 years before Christ was even born. They wrote the books which bear their names and are credited for recording numerous prophecies about the death of Jesus. The ancient book of Psalms, which is also rich in prophecies, can be dated even earlier than Isaiah and Zechariah. Even though these men lived so far apart in time and predicted events that would occur hundreds of years after their deaths, the harmony and accuracy of their prophecies is almost unbelievable. Let's look at just a few of these amazing prophecies which predicted specific details about Christ's death long before He was even born.

To begin, let's notice the money that Judas received to betray his Master, Jesus. Do you remember how much it was? If you said thirty pieces of silver, you're exactly right (Matthew 26:14-16). Do you remember what Judas did with the money after he saw that Jesus was condemned? Right again! He threw it down in the temple or the house of the Lord (Matthew 27:3-6).

Now that we have all those facts straight about Christ's betrayal, I want you to notice what Zechariah wrote some 500 years before this event ever happened. "Then I said to them, 'If it is agreeable to you, give me my wages; and if not, refrain.' So they weighed out for my wages thirty pieces of silver…. So I took the thirty pieces of silver and threw them into the house of the Lord for the potter." (Zechariah 11:12, 13 - NKJ) Isn't it amazing that Zechariah recorded the exact price of Jesus' betrayal hundreds of years before Christ was even born?

But there's more! Remember the horrible suffering Jesus endured on the way to the cross? Matthew tells us that they slapped Him with the palms of their hands, spit in His face, and laid the whip across His back (Matthew 26:65-68). Notice what Isaiah wrote about Jesus over 600 years before He ever walked the earth. "I gave My back to those who struck Me, And My cheeks to those who plucked out the beard; I did not hide My face from shame and spitting." (Isaiah 50:6 - NKJ)

The New Testament tells us that when Jesus stood trial, He silently refused to defend Himself (Matthew 27:13, 14). Notice again the book of Isaiah. "He was oppressed and He was afflicted, Yet He opened not His mouth; He was led as a lamb to the slaughter, and as a sheep before its shearers is silent, so He opened not His mouth." (Isaiah 53:7 - NKJ)

Do you remember what the soldiers did with Jesus' clothes after driving nails into His hands and feet? Notice what John 19:23, 24 says and then compare it to the ancient book of Psalms written hundreds of years before. Notice that John even admits that the soldiers unknowingly gambled for Jesus' clothes so that the prophecy of Psalms would come true. God really is in control!

"When the soldiers crucified Jesus, they took his clothes, dividing them into four shares, one for each of them, with the undergarment remaining. This garment was seamless, woven in one piece from top to bottom. 'Let's not tear it,' they said to one another. 'Let's decide by lot who will get it.' This happened that the scripture might be fulfilled…" (NIV)

"For dogs have surrounded Me; The assembly of the wicked has enclosed Me. They pierced My hands and My feet; I can count all My bones. They look and stare at Me. They divide My garments among them. And for My clothing they cast lots. But You, O Lord, do not be far from Me; O My Strength, hasten to help Me!" (NKJ)

The prophecies in books such as Psalms, Zechariah, and Isaiah give more biblical evidence of God's existence.

Matthew tells us that the crowd laughed at Jesus and said, "He saved others; Himself He cannot save. If He is the King of Israel, let Him now come down from the cross, and we will believe Him. He trusted in God; let Him deliver Him now if He will have Him; for He said 'I am the Son of God.'" (Matthew 27:42, 43 - NKJ) The book of Psalms predicted the words of the crowd centuries before Jesus lived. "All those who see Me laugh Me to scorn; They shoot out the lip, they shake the head saying, 'He trusted in the Lord, let Him rescue Him; Let Him deliver Him, since He delights in Him!'" (Psalms 22:7, 8 - NKJ)

John tells us that while on the cross, Jesus cried out, "I thirst", so they gave Him vinegar. (John 19:28, 29 - KJV) Hundreds of years earlier these prophetic words were written, "They also gave me gall for my food, and for my thirst they gave me vinegar to drink." (Psalms 69:21 - NKJ)

Let me ask you a question. How is it possible that Isaiah, Zechariah and the writers of Psalms could know the exact words Jesus would speak on the cross and the precise amount of money He would be sold for when they lived over 500 years before Christ was even born? Yes, I suppose some might say they were just very, very lucky, but don't you think it makes more sense to believe that there is a God in Heaven and that He helped them predict these future events? Think about it!

Put each part of the following verses into your own words, giving special attention to those parts typed in bold italics. Explain how each verse relates to this section's topic.

"'Do you think I cannot call on my Father, and he will at once put at my disposal more than twelve legions of angels? But how then would the Scriptures be fulfilled that say it must happen in this way?''

"'Let's not tear it,' they said to one another. 'Let's decide by lot who will get it.' This happened that the scripture might be fulfilled which said, 'They divided my garments among them and cast lots for my clothing.' So this is what the soldiers did."

Speak your mind. Discuss each of the following questions objectively.

Back to Top of "Is There A God? Biblical Evidence"