What's wrong with this generation? 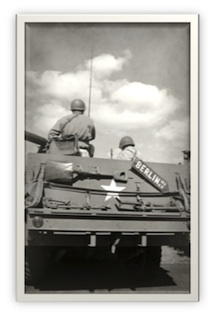 To rescue a world at war, great men were drawn from their homes and onto the battlefield. Great women were drawn away from their families and into the workforce in order to support the war effort. These men and women have been called “The Greatest Generation”. In many respects, they were!

When World War II was finally over, many of those men never returned home. Those that did found it hard to pick up where they had left off. Many women were forced to remain in the workforce in order to support their family. They too found it nearly impossible to go back.

Over time, the enormous cost of their absence has become apparent. Men who had been hardened by war, found it difficult to bond with their sons. The father/son validation that is so necessary for young men to pass into manhood, was left undone. The media and other cultural outlets glorified the strong, silent type. The family suffered.

Women, toughened by the need to support the war effort, struggled to validate their daughters. Domestic skills of the past became old wives’ tales in the present. The feminist movement championed this theme and ridiculed anyone who would suggest that a woman’s place was in the home. The family suffered.

Modern technology filled in the gaps. Automatic washers, dryers, microwave ovens and dishwashers made it easier to live while on the run, rather than face the awkward moments of family time. The family suffered.

Public schools were encouraged to become the providers of home economics, shop and sex education classes. Parents were no longer looked to as the primary instructors in these most basic and sensitive areas. The family suffered.

Social time replaced family time. The soccer mom was born. Parents attempted to validate their children by yelling encouragement from the stands. Sports, dance, band practice and other after-school activities replaced family time. Parents convinced themselves that it was for the best. “After all”, they argued, “children need socialization.” The family suffered.

When America’s “Greatest Generation” was pulled from their homes in order to fend off genocidal insanity, Hitler stole much more than freedom and millions of lives, he also gutted the American family. Their absence set in motion a tragic chain of events and the void left within the American home continues to compound its effects with each passing age

If not, then why do we continue repeating the same mistakes of the past? It is time to own up to our failures. It is time for radical repentance.

Back to Top of "What's wrong with this generation?"