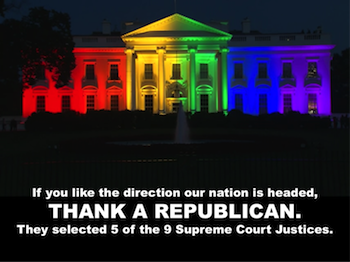 Recently, I received the following questions from a concerned friend and supporter of my ministry.

My Friend - "I am worried about our nation and know we have so much to endure. ... How are we suppose to guard our beliefs? Will all the preachers have to seek legal action to protect themselves? What about all the churches that help people?"

Me - At present, many Christian politicians are scrambling to introduce legislation that will protect preachers and churches. I believe they will be successful for a short time but, eventually, even those measures will be challenged and defeated.

In the immediate future, my biggest concern is for small non-profit ministries. Proponents of the homosexuality agenda are demonically shrewd and they are fully aware of all the best ways to attack. Much like a pack of wild dogs, they will single out those who are smaller and less financially able to defend themselves. Lawsuits will be brought against these small ministries and claims of discrimination will multiply.

You see, the marrying issue was really only a very effective smokescreen. Now that the homosexual community has been legitimized by SCOTUS, their next step will be to claim workplace discrimination and demand quotas (the politically correct code word for preferences). Although many of these conflicts will be self-generated, employers will have no choice but to meet the demands of homosexual antagonists in order to avoid lawsuits. Homosexuals will eventually push the government into requiring that a certified number of homosexuals be employed by an organization in order for that group to maintain its non-profit status. Small ministries will not be able to comply and, as a result, will have their non-profit stripped from them.

At present, I believe churches are too numerous and too obvious for a full frontal assault. They will begin with ministries that are not as noteworthy, those that are small and cannot afford to launch a legal defense of their religious freedoms. Eventually, even churches will be targeted. Christians will have to move underground in order to survive. (Note: Much like the Russian Orthodox Church, which survived during the years of Soviet communism, churches in this country that are willing to compromise will also survive and perhaps even thrive under these new laws. Satan loves compromise and he rewards it openly.)

Two factors will determine the rate at which this dark cloud descends upon our culture. 1. The number of convenient Christians who persist in anchoring themselves to this world and refuse to repent of their compromise. Sin in the camp will impact all of us. 2. God's patience. I would like to think that He has some left, but in reality, I see no reason to expect that He does.

1 Corinthians 6:18-20 indicates that not every sin is equal in God's sight. Sins of sexuality not only defile the person and the culture, they also defile the very temple of the Holy Spirit. Additionally, there is only one sin that has ever been designated as an unforgivable sin - blasphemy against the Holy Spirit. Whatever that sin is (scholars disagree), it is important to note that it has something to do with the Holy Spirit. Conclusion, God takes the sins against His Spirit and His temple very seriously. Homosexuality is both and it is therefore a tipping point in the journey toward cultural demise.

I believe God removes His blessing from a culture according to the decreasing levels of submission to the Holy Spirit within the hearts of His people. Given the number of compromising Christians who are proudly displaying rainbows in support of those that desecrate the Holy Spirit's temple, I believe that time is short.

Never in your lifetime has it been more urgent to raise anchor and set your sights on the other shore. Convenient Christianity leads to complacency, compromise, and condemnation. Notice the warning of Paul to another group of Christians who were facing a similar crisis of culture.

"... the day of the Lord will come like a thief in the night. [3] While people are saying, 'Peace and safety', destruction will come on them suddenly, as labor pains on a pregnant woman, and they will not escape. ... [6] So then, let us not be like others, who are asleep, but let us be awake and sober."

Missed the Introductory lesson of "Christians Posting Rainbows"? Take a look!
"Part 1: How Did We Get Here?"

To continue reading "Christians Posting Rainbows," go to:
"Part 3: What Can We Do?"

Back to Top of "Christians Posting Rainbows, Part 2: What's Next?"