How can we identify a true messenger of God? 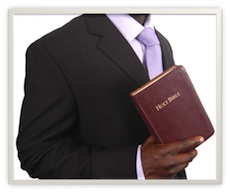 Many men have gone out into the world claiming to have been commissioned by God, but their end clearly proves they were little more than impostors. So how is one to know who is a true messenger of God?

1. Judge Not By Worldly Values

First, you must never judge the worth of the messenger by the value that the world places on him. Remember Joseph. He was a slave and a prisoner, yet he saved an entire nation and preserved the blood-line of Christ.

The proof is not in a worldly position. Moses was a slave child. Rahab was a harlot. Peter worked the fishing boats. Look for someone whose inheritance is in Heaven.

The proof is not in earthly titles. For too long, the church has blindly followed college Bible professors with worldly degrees and gullibly accepted all that “educated” men would suggest. The church must look beyond the diplomas and worldly accolades. Look for someone who seeks only the praises of Heaven.

The proof of a genuine man of God does not come from this world. The proof is in the working of God in his life.

Consider the words of 1 John 4:1, 5, “Dear friends, do not believe every spirit, but test the spirits to see whether they are from God, because many false prophets have gone out into the world... They are from the world and therefore speak from the viewpoint of the world, and the world listens to them.”

In this revealing passage, the Holy Spirit of God gives us three ways to “Test the spirits” of “false prophets”.

1. “They are from the world” - Messengers who have never divorced themselves from the priorities of the world are not the messengers of God. (Examples: Television evangelists who beg for money yet wear expensive jewelry, cake their faces with make-up and display elaborate backdrops for their viewing audience. Church leaders who spend more on their lavished buildings than they do on evangelism.)

2. “They... speak from the viewpoint of the world”- In 1 Corinthians 2:13-14, Paul says this about the true messenger of God, “...we speak, not in words taught us by human wisdom but in words taught by the Spirit, expressing spiritual truths in spiritual words.  The man without the Spirit does not accept the things that come from the Spirit of God, for they are foolishness to him, and he cannot understand them, because they are spiritually discerned.”  Messengers who attract an audience with a worldly viewpoint are not the messengers of God. (Example: Those who would teach the politically correct view that “We are all going to Heaven just by different routes.”)

3. “...the world listens to them.” - Perhaps the greatest evidence of a true messenger of God is the crowd that gathers around him. Does he gather to himself deeply passionate, spiritual students of Christ or is he surrounded by the spiritually superficial who are devoted to religious performances?  As was said in 1 Corinthians 2:14, “The man without the Spirit does not accept the things that come from the Spirit of God, for they are foolishness to him.” Spiritual truths are not often popular with the world.

Before leaving this final evidence, it should also be noted that spiritual truths are not always accepted within the church either.  Many of the “spiritually superficial” are the false teachers who hide behind religious titles and positions even within the church. They are the ones who would bind human laws as if they were divinely given. They are the ones who would strain at a legalism and swallow a false doctrine that promotes perfect performance over passionate surrender. Yes, false teachers can even be found within the church. The legalist likes to point to the liberal and the liberal does the same for the legalist. But in truth, they are both impostors of the messenger of God.

So, Who is the true messenger of God?

Once you have found him - support him, stand close to him and defend him. By the very nature of his calling, God’s messenger wears a target on his back. Lift him up and God’s blessing will fall on you as well.

Back to Top of "How can we identify a true messenger of God?"